Before She was Harriet 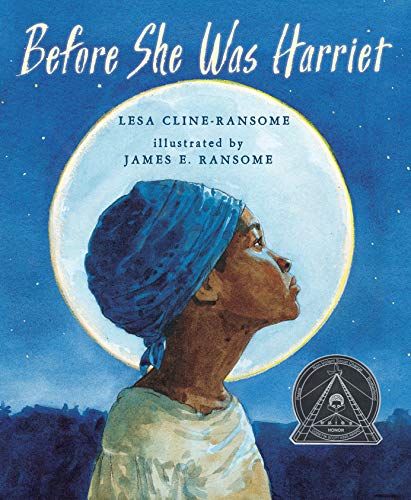 Before She was Harriet

Hardcover (Holiday House Nov. 7, 2017)
Who was Harriet Tubman before she was Harriet?

We know her today as Harriet Tubman, but in her lifetime she was called by many names. As General Tubman she was a Union spy. As Moses she led hundreds to freedom on the Underground Railroad. As Minty she was a slave whose spirit could not be broken. As Araminta she was a young girl whose father showed her the stars and the first steps on the path to freedom.

An evocative poem and stunning watercolors come together to honor a woman of humble origins whose courage and compassion make her a larger than life hero.

A lush and lyrical biography of Harriet Tubman, written in verse and illustrated by James Ransome, winner of the Coretta Scott King medal for The Creation.

Enjoy reading Before She was Harriet? You may also like these books