By title
The Simon Necronomicon
By author
Unknown
By publisher
@AnnieRoseBooks
Format
Other Formats & Editions
? 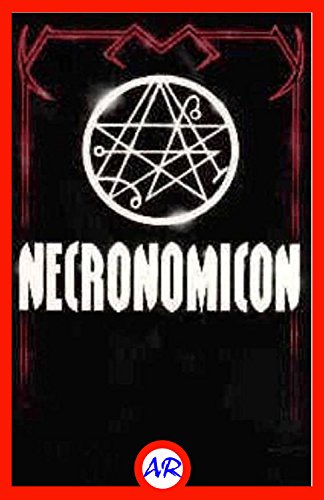 language (@AnnieRoseBooks Nov. 30, 2015)
The Simon Necronomicon is a purported grimoire written by an unknown author, with an introduction by a man identified only as "Simon". Materials presented in the book are a blend of ancient Middle Eastern mythological elements, with allusions to the writings of H. P. Lovecraft and Aleister Crowley, woven together with a story about a man known as the "Mad Arab" (itself derived from several stories by Lovecraft).
The introduction to the book (comprising about 80 pages of a total of 263) is the only part that Simon claims to have written. It relates how Simon and his associates were introduced to a Greek translation of the Necronomicon by a mysterious monk. Simon claims that after experimenting with the text, they verified that the work is a genuine collection of magical rituals that predates most known religions, and warns that anyone attempting to use the Necronomicon may "unleash dangerous forces". The introduction attempts to establish links between H. P. Lovecraft, Aleister Crowley and ancient mythology (including Sumerian, Babylonian, Assyrian, and Chaldean myths and rituals), and draw parallels to other religions (such as Christianity, Wicca, Satanism and Hebrew Mythology). Some of the discussion is based on a supposed connection between Crowley and Lovecraft first espoused by Kenneth Grant.

Enjoy reading The Simon Necronomicon? You may also like these books