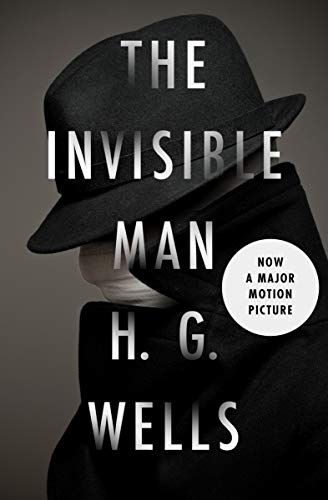 eBook (MysteriousPress.com/Open Road Nov. 25, 2014) , Reprint Edition
A brilliant scientist’s experiment leads him into a life of crime in this classic tale—the inspiration for the suspenseful film starring Elisabeth Moss.


On a frigid night in a remote English village, a visitor inquires about a room. The innkeeper welcomes him, filling the hearth with a roaring fire, but no matter how warm the room becomes, the traveler will not remove his coat or the scarf that hides his face. If he did, he would disappear.

The invisible man is Griffin, a brilliant scientist who tested a new invention on himself and found that it worked far too well. When his lab was destroyed in a fire, Griffin was forced out onto the streets of London, where he turned to theft to survive. He came to the English countryside in a last-ditch attempt to return himself to normal, but he will soon be driven back into the night—and to the very edge of madness—in this original science fiction novel that inspired the psychological horror film starring Elisabeth Moss and Oliver Jackson-Cohen.

This ebook edition has been professionally proofread to ensure accuracy and readability on all devices.