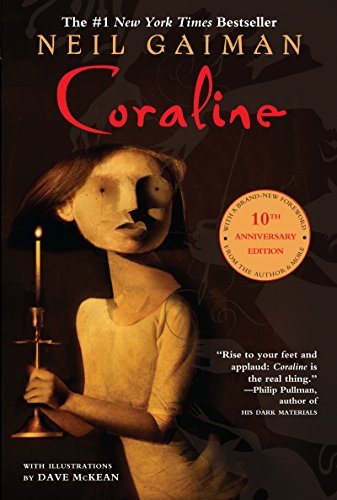 This edition of New York Times bestselling and Newbery Medal-winning author Neil Gaiman’s modern classic, Coraline—also an Academy Award-nominated film—is enriched with a foreword from the author, a reader's guide, and more. This middle grade novel is an excellent choice for tween readers in grades 5 to 6, especially during homeschooling. It’s a fun way to keep your child entertained and engaged while not in the classroom.

When Coraline steps through a door to find another house strangely similar to her own (only better), things seem marvelous.

But there's another mother there, and another father, and they want her to stay and be their little girl. They want to change her and never let her go.

Coraline will have to fight with all her wit and courage if she is to save herself and return to her ordinary life.

Enjoy reading Coraline 10th Anniversary Edition? You may also like these books