Starring Sally J. Freedman as Herself 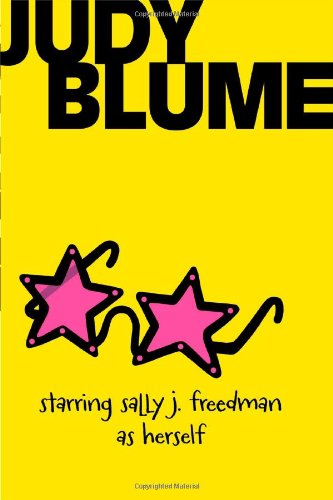 Starring Sally J. Freedman as Herself

Sally J. Freedman was ten when she made herself a movie star. She would have been happy to reach stardom in New Jersey, but in 1947 her older brother Douglas became ill, so the Freedman family traveled south to spend eight months in the sunshine of Florida. That’s where Sally met her friends Andrea, Barbara, Shelby, Peter, and Georgia Blue Eyes—and her unsuspecting enemy, Adolf Hitler.

Dear Chief of Police:
You don’t know me but I am a detective from New Jersey. I have uncovered a very interesting case down here. I have discovered that Adolf Hitler is alive and has come to Miami Beach to retire. He is pretending to be an old Jewish man...

While she watches and waits, and keeps a growing file of letters under her bed, Sally’s Hitler will play an important—though not quite starring—role in one of her grandest movie spectaculars.

Enjoy reading Starring Sally J. Freedman as Herself? You may also like these books