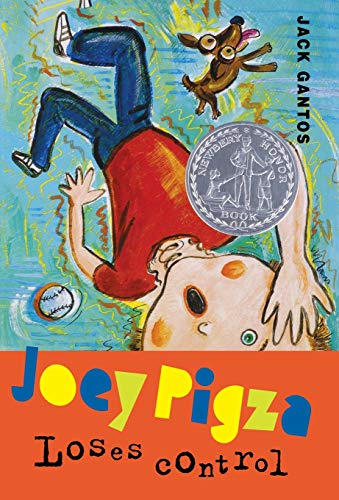 The sequel to Joey Pigza Swallowed the Key, a National Book Award Finalist.

When Joey Pigza meets his dad for the first time in years, he meets a grown-up version of his old out-of-control self. Carter Pigza is as wired as Joey used to be -- before his stint in special ed, and before he got his new meds.

Joey's mom reluctantly agrees that he can stay with his dad for a summer visit, which sends Joey racing with sky-high hopes that he and Carter can finally get to know each other. But as the weeks whirl by, Carter has bigger plans in mind. He decides that just as he has pulled himself up by his own bootstraps, Joey can do the same and become as normal as any kid, without the help of a doctor's prescription. Carter believes Joey can do it and Joey wants to believe him more than anything in the world.

Here is the continuation of the acclaimed Joey Pigza story, affirming not only that Joey Pigza is a true original but that it runs in the family. This title has Common Core connections.

Enjoy reading Joey Pigza Loses Control? You may also like these books