An Outcast and an Ally

By title
An Outcast and an Ally
By author
Caitlin Lochner
By publisher
Square Fish
By series
A Soldier and a Liar Series
Format
Other Formats & Editions
? 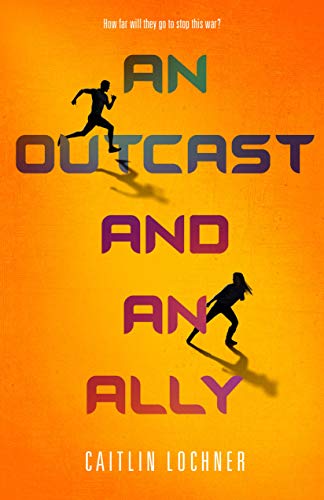 An Outcast and an Ally

Dark secrets and conflicting loyalties abound as four superpowered teens are torn apart by war in Caitlin Lochner's An Outcast and an Ally, the epic YA sequel to A Soldier and a Liar.

Lai, Jay, Al, and Erik are on the run after the military accuses them of being traitors. Tensions between everyone are high, but they have to stick together if they want to survive. And somehow stop the war that’s now in full swing.

But when Erik returns to the rebels to find answers about his past, Lai, Al, and Jay have no choice but to go to the Order―a peace coalition bent on stopping the rebels and dissolving the enmity between gifted and ungifted. However, the longer the war drags on, the more Lai’s long-kept secrets threaten to destroy everything she’s ever worked for. Sparks fly as the team constantly questions whether they can trust one another and everyone tries to navigate a war that will change everything.

Filled with the same high-stakes superpowered action and complex relationships as A Soldier and A Liar, Caitlin's first book, An Outcast and an Ally brings this story to a dramatic and satisfying close.

Praise for A Soldier and a Liar:

"Fans of the Shatter Me and The Darkest Minds series will salivate for A Soldier and a Liar . . . Utterly imaginative and vivid." ―Booked J

"An interesting mix of supernatural and dystopian, with lots of action and secrets to keep the reader turning the pages for more." ―Smada's Book Smack

Enjoy reading An Outcast and an Ally? You may also like these books