The Count of Monte Cristo

By title
The Count of Monte Cristo
By author
Alexandre Dumas Tim Green
By publisher
Skyhorse
Format
Other Formats & Editions
? 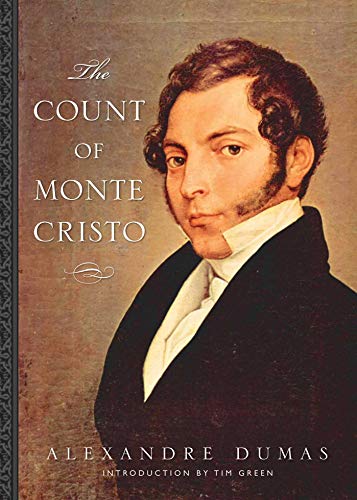 The Count of Monte Cristo

eBook (Skyhorse Aug. 1, 2013) , Illustrated edition
Originally published in 1844, The Count of Monte Cristo is one of the most well-known adventure tales of all time, and its story has formed the basis for dozens of films, television shows and adaptations alone. For nearly a century and a half, Dumas’ book has enjoyed worldwide success and name recognition.

Set in early 19th century France, Edmond Dantès is framed as a Bonapartist traitor, and sentenced to fourteen years in prison. In jail, he befriends a man who tells him of a treasure on the island on Monte Cristo. Following a daring escape, Dantès recovers the treasure and purchases the island as well as the title of Count. Disguised, he uses his new fortune to take revenge on the men who betrayed him.

In this faithful reproduction, The Count of Monte Cristo is published for the first time by Skyhorse Publishing, still proving to be one of the canons of adventure literature. Accompanying the text is a new introduction by New York Times bestselling author Tim Green, whose thriller Exact Revenge is a modern-day retelling of Dumas’s classic. Rediscover the story that Robert Louis Stevenson called “a piece of perfect storytelling.”