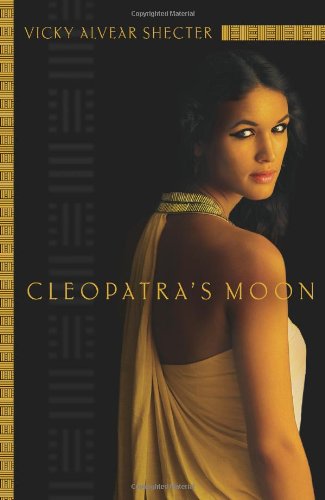 The only daughter of the last queen of Egypt watches her beloved father--Mark Antony--fall on his sword in front of her. Then she hears the haunting wails of the priestesses of Isis on the island of Pharos and knows her mother died. It is the end of Cleopatra's rule and the start of Selene's nightmare. Her parent's vicious enemy, the snake-like Octavianus, forces Cleopatra Selene to march through the streets of Rome in golden chains and then sentences her, along with her brothers, to live as political prisoners in his own home.

There she fights desperately to keep her brothers safe from poisonings and secret assassination attempts. Selene plots furiously to do what she knows her mother Cleopatra would want her to do--reclaim her destiny as the queen of Egypt. While plotting with her mother's agents in Rome, Selene knows her best shot at retaking Egypt's throne is to beguile her despised captor's nephew, Marcellus, the beautiful, golden-haired heir to Octavanius. But Selene unexpectedly falls in love with a fellow political prisoner setting off a deeply personal crisis: Does Selene choose the man she loves over the man who could help her rule Egypt?

Selene is determined to live up to her mother's last whispered words to her--"You have the heart of a great and powerful queen," but at what price? Is she doomed to live and die like her mother, trying to use sex and seduction to make strategic alliances to gain power? Or can she take destiny into her own hands and create a future her mother never imagined?

Life in Rome has its own surprises and Selene discovers that trying to follow in her mother's footsteps unleashes dangerous and unexpected consequences. Will Selene make the same decisions--and mistakes--as her brilliant but doomed mother? Or will she find a way to forge an identity and future all her own?

Take a trip to mysterious ancient Egypt--where a young Selene learns to follow Isis and curse her enemies with Anubis, the god of death and embalming--and prickly Rome where political intrigues and secret alliances are the currency of survival. LA Times called this young adult historical fiction novel "impressive in that it feels so real." Lose yourself in the exotic world of this critically acclaimed young adult romance novel.

Enjoy reading Cleopatra's Moon? You may also like these books