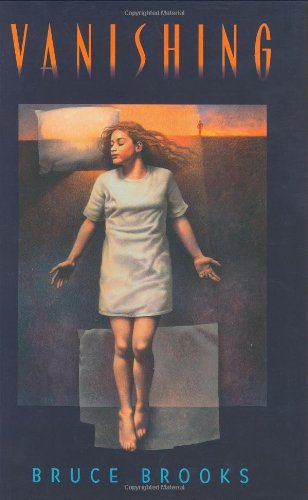 Hardcover (HarperCollins June 4, 1999) , 1st edition
Alice just can't stop crying. To her, it seems as if it should be simple. If your parents split up, you live with the one who understands you best. Alice's father had always been the one to "get" her. But somehow she had ended up living with her mom, who drank too much, and her stepfather, who didn't like her and didn't care who knew it. So when a bout with bronchitis lands her in the hospital, she decided she just can't face going home again--ever.

What if she simply stops eating--goes on a hunger strike? They would have to keep her there, wouldn't they? It seems like the simplest solution, even when the hallucinations start, even when they kind of take over. But suppose she goes into a coma--or dies? If that happens, she'll have her new friend Rex, the mysterious boy who says he's dying, but whose jaunty ways have brought Alice to life.

Once again, Bruce Brooks tells an intriguing story that puts new twists on the oldest, biggest issues--love, death, and taking charge of your own life as you move toward adulthood.

Enjoy reading Vanishing? You may also like these books