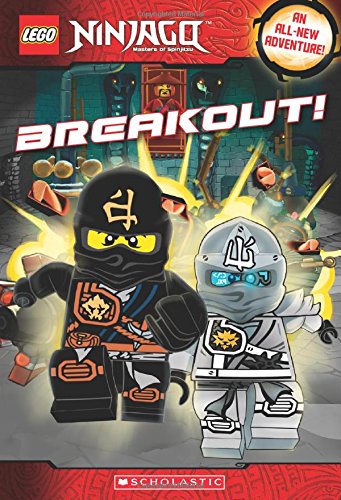 Paperback (Scholastic Inc. April 28, 2015)
The wisecracking ninja must figure out how to defeat Master Chen--without their powers!

Cole has been eliminated from the Tournament of Elements, and Master Chen has stolen his powers. But the Ninja of Earth has gained something even more important--he has found Zane, who is now the Titanium Ninja!

Together, Cole and Zane must help the other captured Elemental Masters break out from Chen's palace, where they are being forced to work in his noodle factory. But escape will be difficult since all the warriors have been stripped of their powers. Can they work together to come up with a plan? They'll really need to use their noodles for this one, because it's time for a breakout mission--ninja style!

Enjoy reading LEGO Ninjago: Breakout? You may also like these books