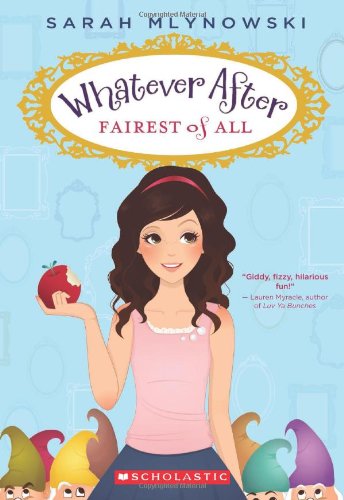 Once upon a time my brother and I were normal kids. The next minute? The mirror in our basement slurped us up and magically transported us inside Snow White's fairy tale.

I know it sounds crazy, but it's true.

But hey -- we're heroes! We stopped Snow White from eating the poisoned apple. Hooray! Or not. If Snow White doesn't die, she won't get to meet her prince. And then she won't get her happy ending. Oops.

Now it's up to us to:
- Avoid getting poisoned
- Sneak into a castle
- Fix Snow White's story

But Snow White's REAL happy ending might not be quite what we expected . . .

Series
Whatever After (Book 1)

Enjoy reading Fairest of All? You may also like these books