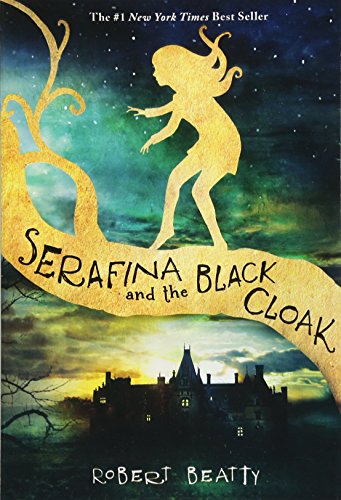 Paperback (Disney-Hyperion June 14, 2016) , Reprint Edition
A brave and unusual girl named Serafina lives secretly in the basement of the grand Biltmore Estate amidst the splendor of the Gilded Age. Serafina's pa, the estate's maintenance man, has warned her to keep herself hidden from the fancy folk who live on the floors above, but when children at the estate start disappearing, Serafina and her friend Braeden Vanderbilt must work together to solve a dark and dangerous mystery. This page-turning thriller from Disney-Hyperion is a #1 New York Times Bestseller, has been on the bestsellers list for more than 50 weeks, and is already being taught in over a thousand classrooms nationwide. It also won the prestigious 2016 Pat Conroy Southern Book Prize for "representing the best in Southern literature." A blend of history, mystery, and magic, this new series has become a favorite for both adults and young readers (8+). Be sure to watch the book trailer in the media section below. "Never go into the forest, for there are many dangers there, and they will ensnare your soul."
Serafina has never had a reason to disobey her pa and venture beyond the grounds of Biltmore Estate. There's plenty to explore in Mr. and Mrs. Vanderbilt's vast and opulent home, but she must take care to never be seen. None of the rich folk upstairs know that Serafina exists; she and her pa have lived in the basement for as long as Serafina can remember. She has learned to prowl through the darkened corridors at night, to sneak and hide, using the mansion's hidden doors and secret passageways.
But when children at the estate start disappearing, only Serafina knows the clues to follow. A mysterious man in a black cloak stalks Biltmore's corridors at night. Following her own harrowing escape, Serafina risks everything by joining forces with Braeden Vanderbilt, the young nephew of Biltmore's owners. Braeden and Serafina must uncover the Man in the Black Cloak's true identity before all of the children vanish one by one.

Serafina's hunt leads her into the very forest that she has been taught to fear, where she discovers a forgotten legacy of magic. In order to save the children of Biltmore, Serafina must not only face her darkest enemy, but delve into the strange mystery of her own identity.

Enjoy reading Serafina and the Black Cloak? You may also like these books