Flight of the Raven

By title
Flight of the Raven
By author
Stephanie S. Tolan
By publisher
HarperTeen
At
Level Z
Format
Other Formats & Editions
Z* 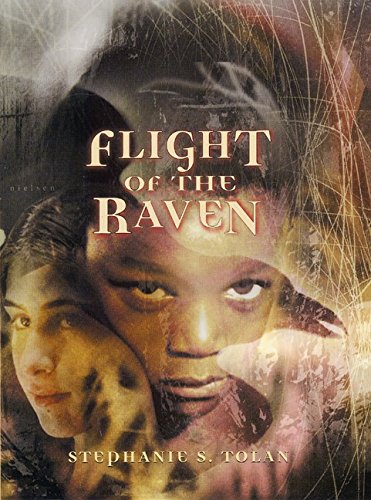 Flight of the Raven

Elijah Raymond was one of four remarkably gifted children gathered together in an experimental group home called the Ark. In their shared dreams he was always the Raven, flying over the other three. But when the Ark program was discontinued, Elijah ran away.

In Flight Of The Raven, Elijah has been found by a group of environmental terrorist and taken to their snowy woodland hideout. There he meets Amber, the leaders lonely daughter, who insists that radical change justifies the deaths she calls "necessary losses." Unable to escape, Elijah discovers that he can shift into "dreamtime," joining his consciousness with that of creatures who survive in the unforgiving wintry world. Gradually Elijah learns to survive himself. But how can he truly find a home with these violent men -- and how has Amber?

Stephanie S. Tolan follows up her magnificient Welcome To The Ark with the story of EIijah, a boy who is forced to confront the world's cruelty, accept his own mysterious powers -- and help himself and Amber learn to fly free.

Enjoy reading Flight of the Raven? You may also like these books