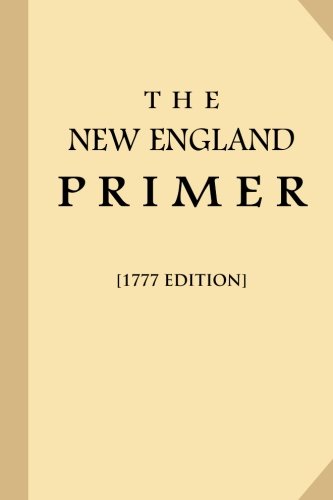 Paperback (CreateSpace Independent Publishing Platform Oct. 19, 2016) , Large Print edition
The New England Primer was the first textbook ever printed in America and was used to teach reading and Bible lessons in our schools until the twentieth century. In fact, many of the Founding Fathers and their children learned to read from The New England Primer.
— Metrovoice

The New England Primer was the first reading primer designed for the American Colonies. It became the most successful educational textbook published in 18th century America and it became the foundation of most schooling before the 1790s.
Many of its selections were drawn from the King James Bible and others were original. It embodied the dominant Puritan attitude and worldview of the day. Among the topics discussed are respect to parental figures, sin, and salvation.
—Wikipedia

Enjoy reading The New England Primer? You may also like these books