River Secrets: Book Three of the Books of Bayern 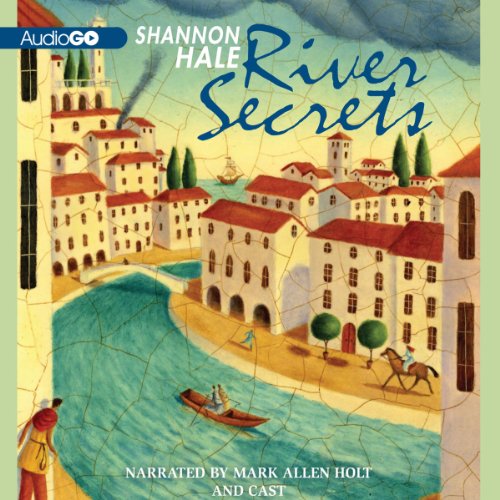 River Secrets: Book Three of the Books of Bayern

Audio CD (AudioGO Feb. 19, 2013) , Unabridged edition
Bayern has triumphed in its war with Tira. But though the war is over, simmering anger remains among the Tirans and new hostilities could erupt at any moment. In a desperate attempt to maintain the peace, King Geric sends an ambassador to the Tiran capitol. Of course, an ambassador needs a military guard. Razo—short, impish, and not at all skilled at combat—longs to be among those selected to go, but thinks he has no chance. So he is astounded when Captain Talone taps him to join the group. He’s even more astounded when he discovers the secret reason for Talone’s decision. All too soon Razo is up to his eyeballs in a simmering mix of danger and intrigue—not to mention an unexpected romance. But as the gruesome deaths mount, everyone is a suspect...even the girl who has stolen Razo’s heart.

Enjoy reading River Secrets: Book Three of the Books of Bayern? You may also like these books