Warriors #1: Into the Wild

By title
Warriors #1: Into the Wild
By author
Erin Hunter Dave Stevenson
By publisher
HarperCollins
By series
Warriors: The Prophecies Begin
At
Level U
Format
Other Formats & Editions
U* 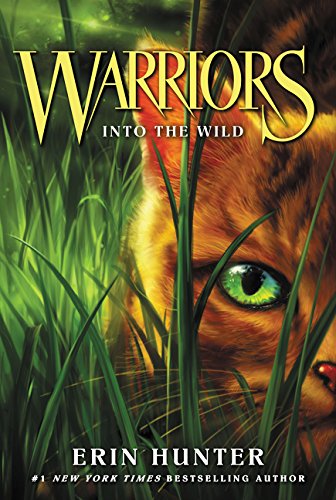 Warriors #1: Into the Wild

Epic adventures. Fierce warrior cats. A thrilling fantasy world. It all begins here. This middle grade novel is an excellent choice for tween readers in grades 4 to 6, especially during homeschooling. It’s a fun way to keep your child entertained and engaged while not in the classroom.

Read the book that began a phenomenon—and join the legion of fans who have made Erin Hunter’s Warriors series a #1 national bestseller.

For generations, four Clans of wild cats have shared the forest according to the laws laid down by their ancestors. But the warrior code has been threatened, and the ThunderClan cats are in grave danger. The sinister ShadowClan grows stronger every day. Noble warriors are dying—and some deaths are more mysterious than others.

In the midst of this turmoil appears an ordinary housecat named Rusty… who may turn out to be the bravest warrior of them all.

Enjoy reading Warriors #1: Into the Wild? You may also like these books