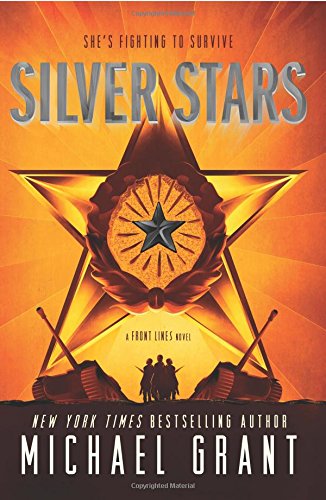 For fans of Girl in the Blue Coat, Salt to the Sea, and The Boy at the Top of the Mountain, the second book of New York Times bestselling author Michael Grant’s epic alternate history is a coming-of-age story about three girls who are fiercely fighting their own personal battles in the midst of the greatest war of all time.

The summer of 1943, World War II. With heavy memories of combat, Frangie, Rainy, Rio and the rest of the American army are moving on to their next target: the Italian island of Sicily.

The women won’t conquer Italy alone. They are not heroes for fighting alongside their brothers—they are soldiers. But Frangie, Rainy, Rio, and the millions of brave females fighting for their country have become a symbol in the fight for equality. They will brave terrible conditions in an endless siege; they will fight to find themselves on the front lines of WWII; and they will come face-to-face with the brutality of war until they win or die.

Enjoy reading Silver Stars? You may also like these books