The Kid Who Ran for President 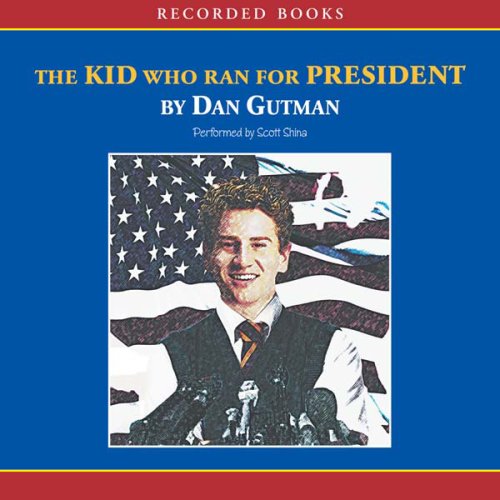 The Kid Who Ran for President

Audiobook (Recorded Books April 8, 2008) , Unabridged
Some kids want to be President when they grow up. Twelve-year-old Judson Moon wants to be President right now! "Grown-ups have had a thousand years to mess up the world," Judson explains. "Now it's our turn." But running for President is hard. You have to kiss a zillion babies and shake a zillion hands, and say a zillion 'hellos'." There's the tough decision about which girl in your school you should ask to be First Babe. Also, selling 80 million cups of lemonade is a slow way to finance a campaign. And there's an unfair constitutional provision against kids running for President that needs to be changed.

Dan Gutman's entertaining account of Judson's quest for the White House slyly mixes lessons about U.S. history and government with a story full of unexpected twists. Scott Shina's hilarious narration will have listeners laughing as they hum "Hail to the Chief".