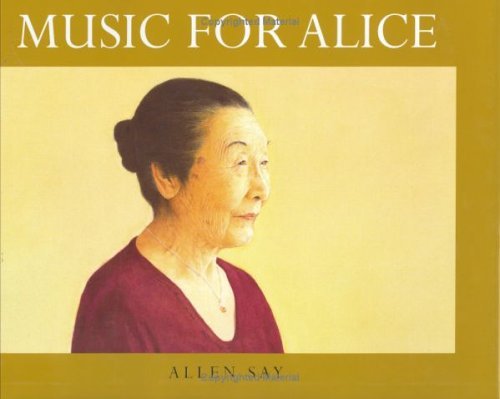 eBook (Houghton Mifflin Harcourt March 29, 2004) , Library Binding edition
As a girl, Alice loved to dance, but the rhythms of her life offered little opportunity for a foxtrot, let alone a waltz. World War II erupted soon after she was married. Alice and her husband, along with many other Japanese Americans, were forced to leave their homes and report to assembly centers around the country. Undaunted, Alice and her husband learned to make the most of every circumstance, from their stall in the old stockyard in Portland to the decrepit farm in the Oregon desert, with its field of stones. Like a pair of skilled dancers, they sidestepped adversity to land gracefully amid golden opportunity. Together they turned a barren wasteland into a field of endless flowers. Such achievements did not come without effort and sacrifice, though, and Alice often thought her dancing days were long behind her. But as her story testifies, life is full of changes . . .
In this striking book, Allen Say introduces readers to the remarkable story of the life of a woman whose perseverance and resilience serve as an inspirational reminder that dreams can be fulfilled, even when least expected.

Enjoy reading Music for Alice? You may also like these books