Food Atlas: Discover All the Delicious Foods of the World

By title
Food Atlas: Discover All the Delicious Foods of the World
By author
Giulia Malerba Febe Sillani
By publisher
Firefly Books
At
Level Z
Format
Other Formats & Editions
Z* 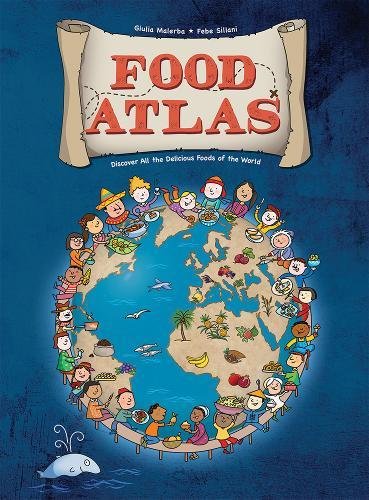 Food Atlas: Discover All the Delicious Foods of the World

An exciting visual journey around the world of foods and flavors.

Food Atlas takes readers on a global discovery tour of the ingredients, dishes, and culinary curiosities that characterize the world's continents. The book features appealing illustrations and concise captions organized into 39 regional maps that focus on one country.

The book opens with a world map showing the six continents and 50 countries. The featured countries are:

The book closes with a world map that shows how explorers carried some of the world's most widely eaten foods from their land of origin to new lands, where they now fill grocery stores and markets around the world; e.g. rice and citrus came from China; coffee from Ethiopia; black pepper from Vietnam; and so on for all 23 world-traveling foods.

Country by country around the globe, readers will discover the gastronomical wonders of the globe in all their delicious variety.