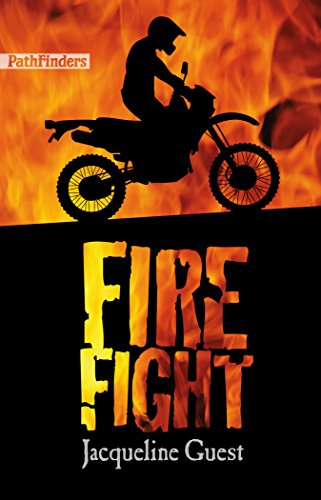 Paperback (7th Generation Aug. 1, 2015)
After her ikusin (grandmother) dies, Kai Hunter, a part Navajo, part Stoney Nakoda sixteen-year-old, runs away to Banff, Alberta, to avoid being placed in a foster home. Kai lies her way into a new identity, a job and a safe place to live. She makes new friends and volunteers with a rapid-attack crew for the forestry service. She even meets a great guy named Rory, who’s into motorcycles, just like her―and who seems to be into her too.

But Kai is scared of being found out, and she isn’t sure that she can trust all of her new friends...or that she likes the person she’s pretending to be. Meanwhile, she’s got to pay rent, figure out whether Rory is boyfriend material and assist the rap-attack crew as it faces a string of suspicious forest fires. In the thrilling conclusion to this romantic adventure, Kai’s choices become matters of life and death.

Enjoy reading Fire Fight? You may also like these books