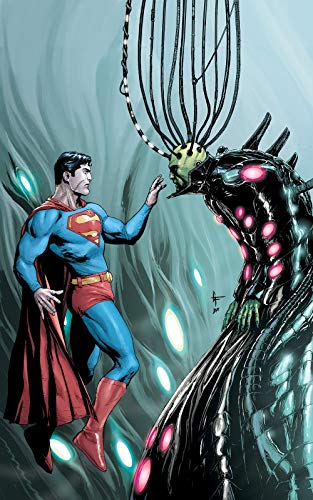 Paperback (DC Comics July 10, 2018) , New edition
Finally back in print after years of demand, Superman: Brainiac is brought to you by Geoff Johns and Gary Frank, the award winning, best-selling creative team behind the blockbuster hits Doomsday Clock and Batman: Earth One!

An evil from Superman's past has returned. The Man of Steel faces his greatest challenge yet as his adoptive world crumbles down around him.

Before arriving on Earth as an infant, the people of Superman's home planet, Krypton, experienced the horrors committed by Brainiac, a cold and callous alien being who is obsessed with acquiring all of the knowledge the universe has to offer--be it by force or by surrender. Now Brainiac has set his sights on destroying Earth and finishing off the Last Son of Krypton once and for all. The Man of Steel has fought Brainiac many times before, but he's utterly unprepared for his old foe this time. And if that weren't enough, thousands of invader probes have been launched with the sole mission of destroying all technology on Earth!

Enjoy reading Superman: Brainiac? You may also like these books