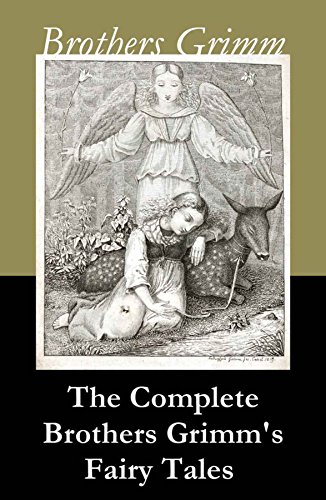 language (e-artnow July 10, 2013)
This carefully crafted ebook: "The Complete Brothers Grimm's Fairy Tales (over 200 fairy tales and legends)" is formatted for your eReader with a functional and detailed table of contents. Jacob Grimm (1785-1863) and his brother Wilhelm (1786-1859) were philologists and folklorists. The brothers rediscovered a host of fairy tales, telling of princes and princesses in their castles, witches in their towers and forests, of giants and dwarfs, of fabulous animals and dark deeds. Together with the well-known tales of "Rapunzel", "The Goose-Girl", "Sleeping Beauty", "Hansel and Gretel" and "Snow White" there are the darker tales such as "Death's Messengers" which deserve to be better known, and which will appeal not only to all who are interested in the history of folklore, but also to all those who simply love good storytelling. The two brothers wished to preserve their German folklore in a collection of tales that they believed had been handed down for generations. When they began in 1812 they had just 86 stories that rather harshly reflected the difficult life of European peasantry. Subsequent editions would grow to hold over 200 tales. As time passed, the Brothers Grimm found that their collection of fairy tales, with all of its royalty, magical creatures, and brave adventures, entranced those who read them. This compilation of fairy tales which includes the complete canon of over 200 tales has become a beloved set of classical stories the world over.

Enjoy reading The Complete Brothers Grimm's Fairy Tales? You may also like these books