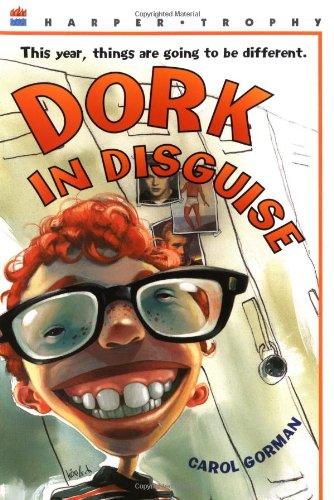 Last year, Jerry Flack was a dork. So this year, at a new school in a new town, he's decided to start a new life altogether--as a Cool Kid. He's been preparing all summer: studying teen magazines, acquiring hair gel, and distressing his jeans. Things get off to a good start, and before you know it, Jerry's in, Rollerblading with the pros. But soon, Jerry finds himself tangled up in a complicated web of lies; and what's more, he's battling a terrible urge to put his glasses back on, join the science team, build a hovercraft, and, worst of all, date Brenda, a 100% geek. Does he really want to be a dork in disguise forever?

Enjoy reading Dork in Disguise? You may also like these books