Up from Slavery: An Autobiography

By title
Up from Slavery: An Autobiography
By author
Booker T. Washington Wayne Lapierre
By publisher
Skyhorse
Format
Other Formats & Editions
? 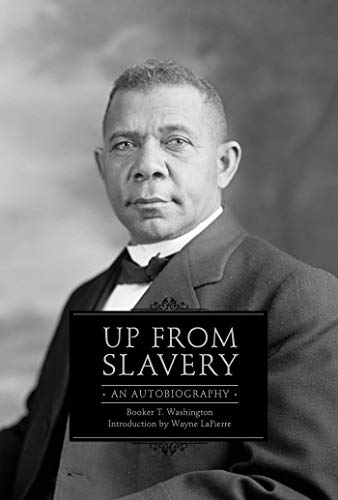 Up from Slavery: An Autobiography

language (Skyhorse Sept. 8, 2015)
In 1856, Washington was born into a family of slaves in Virginia. From there it seemed that his fate had been sealedto live out his life as a worker in Virginia. But, this was not the case for Washington, whose impoverished childhood and undying desire for education fueled him into a dedicated obsession with the Hampton Normal and Agricultural Institute until he found himself enrolled at the school itself.

As an educated man, Booker T. Washington rose to power with his views on civil rights. Washington’s belief in education as well as trade skills for African Americans brought followers, and opposition, from all around. In Up from Slavery, all of Washington’s trials and tribulations are laid out on the page, with nothing left unsaid.

Booker T. Washington wrote Up from Slavery over the course of many years in post-Civil War America. It not only contains articles originally published in Outlook magazine, but autobiographical anecdotes as well, which were written throughout Washington’s travels in the south.

Skyhorse Publishing, along with our Arcade, Good Books, Sports Publishing, and Yucca imprints, is proud to publish a broad range of biographies, autobiographies, and memoirs. Our list includes biographies on well-known historical figures like Benjamin Franklin, Nelson Mandela, and Alexander Graham Bell, as well as villains from history, such as Heinrich Himmler, John Wayne Gacy, and O. J. Simpson. We have also published survivor stories of World War II, memoirs about overcoming adversity, first-hand tales of adventure, and much more. While not every title we publish becomes a New York Times bestseller or a national bestseller, we are committed to books on subjects that are sometimes overlooked and to authors whose work might not otherwise find a home.