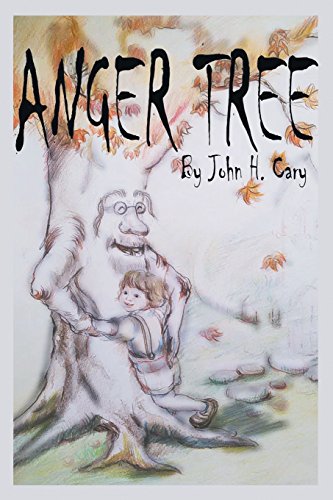 There's a tree that takes anger. Trevor Baker is a big, heavy, and very angry nine-year-old boy who is the neighborhood and school bully.

One night after his mother takes away his television, he storms out of the house, shouting, punching, and kicking anything in his path. Unsatisfied after acting out his violence, he comes across the only force that can change him: a large old maple tree next to his house that's tall enough to touch his bedroom window on the second floor.

At first, Trevor challenges the tree. Then as his anger consumes him, he punches and kicks it, inflicting minor injuries (mostly to his pride), but it calms him down.

Returning to his room, Trevor continues talking to himself, but is no longer shouting that nobody likes him, until he hears a voice. It is the tree that becomes his Anger Tree.

The two become good friends, though only Trevor can hear its words, so he reads to the tree and it gives him advice, telling Trevor there's a bigger world for him to explore.

This inspirational story will bring out emotions in everyone, and it's a book to be read over and over again.

John H. Cary grew up in LaGrange, Georgia, and now resides in Masan, South Korea, where he teaches university students in Linhe, Inner Mongolia. He holds degrees in horticulture, environmental design, political science, and oriental medicine. He is the author of Dixie World, Scary Terry, Enemy Family, and, under the pen name of E. J. Hunter, Pest Control. He is also an avid fisherman and archer.

Enjoy reading Anger Tree? You may also like these books