Where Is the Parthenon?

By title
Where Is the Parthenon?
By author
Roberta Edwards Who HQ John Hinderliter
By publisher
Penguin Workshop
By series
Where Is?
At
Level W
Format
Other Formats & Editions
W* 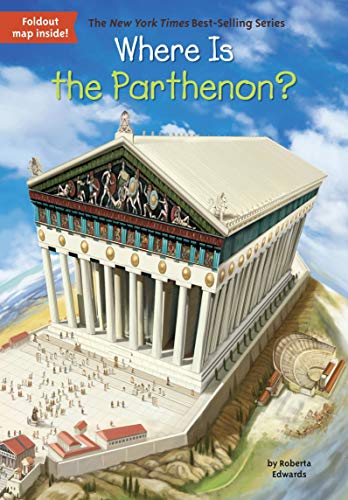 Where Is the Parthenon?

Paperback (Penguin Workshop Jan. 19, 2016) , Dgs edition
Discover the ruins of the Parthenon, one of the most famous and beautiful places in the world!

Athens, Greece, is best known for the Parthenon, the ruins of an ancient temple completed in 438 BC to honor the goddess Athena. But what many people don't know is that it only served as a temple for a couple hundred years. It then became a church, then a mosque, and by the end of the 1600s served as a storehouse for munitions. When an enemy army fired hundreds of cannon balls at the Acropolis, one directly hit the Parthenon. Much of the sculpture was destroyed, three hundred people died, and the site fell into ruin. Today, visitors continue to flock to this world famous landmark, which has become a symbol for Ancient Greece, democracy, and modern civilization. Includes black-and-white illustrations and a foldout color map!

Enjoy reading Where Is the Parthenon?? You may also like these books