The Woven Path / The Raven's Knot / The Fatal Strand 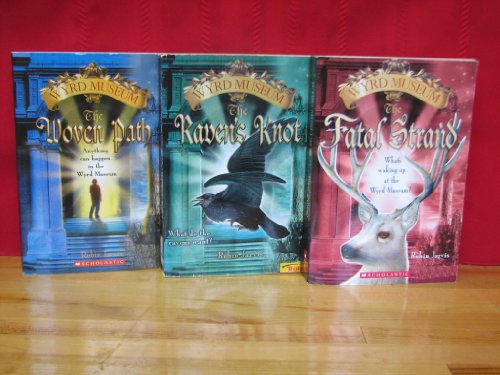 The Woven Path / The Raven's Knot / The Fatal Strand

Paperback (Scholastic, Inc. March 15, 2005)
The Woven Path is the first book in the compelling Wyrd Museum trilogy. All readers will be drawn in by the gripping storytelling of Robin Jarvis, where the fantastical elements combine with the seriously chilling. In a grimy alley in the East End of London stands the Wyrd Museum, cared for by the stranger Webster sisters - and scene of even stranger events. Wandering through the museum, Neil Chapman, son of the new caretaker, discovers it is a sinister place crammed with secrets both dark and deadly. Forced to journey back to the past, he finds himself pitted against an ancient and terrifying evil, something which is growing stronger as it feeds on the destruction around it. Dare to enter the chilling and fantastical world of the Wyrd Museum in this first book of a compelling trilogy.

Enjoy reading The Woven Path / The Raven's Knot / The Fatal Strand? You may also like these books