Sing Me a Death Song 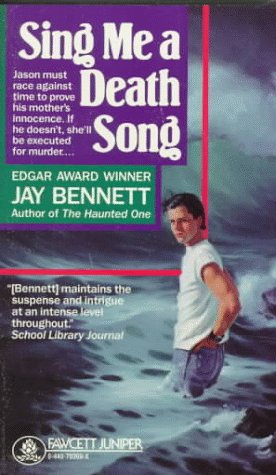 Sing Me a Death Song

Mass Market Paperback (Fawcett Nov. 28, 1990)
The headline in the newspaper screamed at Jason. The photo of Marian haunted him, her sad eyes filling his heart with dread. For Marian Feldon is Jason's mother. And on his eighteenth birthday she will die.

Marian Feldon will be executed for the murder of her lover. Everyone, even her lawyer, is convinced of her guilt -- except for Jason. He knows his mother could never murder anyone. But certain doom is only a few days away. And there is no one to turn to, nowhere to go.

Then, at the bedside of a dying stranger, Jason learns something that could free his mother...something that sends him down a nightmarish trail of double-crossing, deceit, and danger. But Jason is desperate, and he'll risk anything to save his mother's life. Even death.

Enjoy reading Sing Me a Death Song? You may also like these books