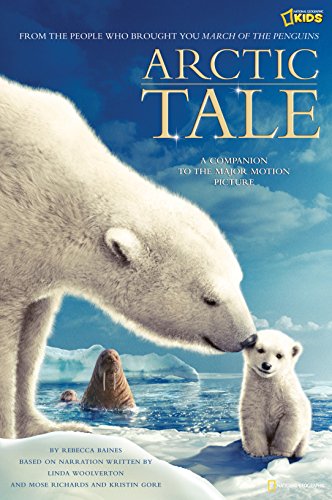 Library Binding (National Geographic Children's Books July 24, 2007) , Illustrated - Media tie-in Edition
Arctic Tale accompanies a new Paramount Vantage motion picture from the producers of March of the Penguins, the 2005 Academy Award winner and highest-grossing natural history film of all time. The film, narrated by Queen Latifah, follows the dual drama of Seela and Nanu, a walrus calf and polar bear cub, as they embark on their astonishing journey from infancy to maturity amidst the stark beauty of the Arctic landscape. Protected by mothers who will stop at nothing to ensure their safe passage to adulthood, both cubs romp in their cold playground as ever-present threats of starvation, predators, and a harsh homeland are overcome in an unrelenting life-and-death struggle to survive.

Enjoy reading Arctic Tale: A Companion to the Major Motion Picture? You may also like these books