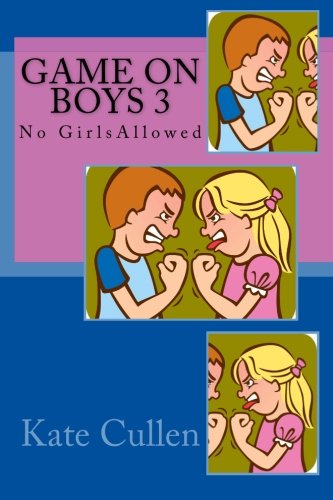 Paperback (CreateSpace Independent Publishing Platform Nov. 16, 2015)
Mr Higginbottom is back, and he’s brought with him a new PlayStation competition. But sadly, he’s also brought a new student, who just happens to be a girl. Bummer! Not only is she threatening to join the PS club, she’s threatening to blitz the new competition as well. Double Bummer! Elly is not like the other girls at school. She looks rough, she hangs around with Nigel the bully, and she seems to be a lying thief. Worst of all, SHE FARTS. But Ryan (gaming champion of the fifth grade) is on to her. When his PlayStation goes missing, it’s his big chance to expose the thief, but looks aren’t always what they seem are they, or are they? It’s the guys verses the girls in this humorous look at school life, where the boys think they rule, but the girls have a few surprises in store for their gaming obsessed peers