Between Frost and Fury

By title
Between Frost and Fury
By author
Chani Lynn Feener
By publisher
Square Fish
By series
The Xenith Trilogy
Format
Other Formats & Editions
? 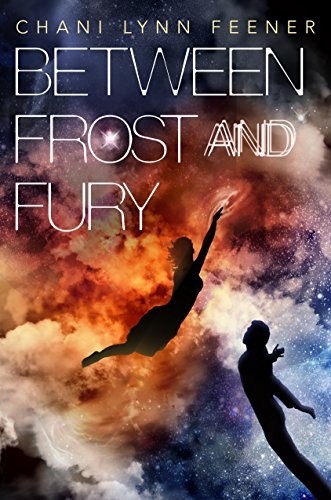 Between Frost and Fury

Delaney might have done her job a little TOO well. . .and now her life has once again been turned upside down by aliens, this time by a deadly (and devastatingly handsome) alien prince in this explosive second installment of Chani Lynn Feener's The Xenith Trilogy.

Delaney has been kidnapped by aliens. Again. After only a month back on Earth with her hot new alien boyfriend Ruckus, the deadly and devastatingly handsome prince Trystan has dragged her right back to his planet.

While some girls may dream of winning a prince’s heart, Delaney just wishes this one would leave her alone. Instead, she finds herself at the center of both a tense political battle between two alien kingdoms and Trystan’s romantic attentions, both of which are absolutely ruining the life she’s built on Earth. Not to mention the fact that she’s about to be crowned queen of a planet she’s barely even visited. Just another day in the life of an ordinary human girl.

Readers won’t want to miss Between Frost and Fury, the compelling, fast-paced sequel to Chani Lynn Feener’s Amid Stars and Darkness.

Praise for Between Frost and Fury:

Praise for Amid Stars and Darkness:

Enjoy reading Between Frost and Fury? You may also like these books