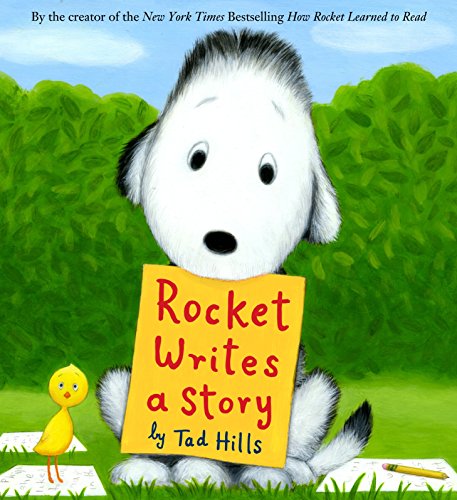 This irresistible sequel to the New York Times bestselling How Rocket Learned to Read is "a perfect choice to inspire new readers and writers," according to a starred review from Kirkus Reviews.

Rocket loves books and he wants to make his own, but he can't think of a story. Encouraged by the little yellow bird to look closely at the world around him for inspiration, Rocket sets out on a journey. Along the way he discovers small details that he has never noticed before, a timid baby owl who becomes his friend, and an idea for a story. Declared a best children's book of the year by Amazon, Barnes & Noble, School Library Journal, and Publishers Weekly, this book is sure to appeal to kids, parents, teachers, and librarians.

Enjoy reading Rocket Writes a Story? You may also like these books