What Was Pearl Harbor?

By title
What Was Pearl Harbor?
By author
Patricia Brennan Demuth Who HQ John Mantha
By publisher
Penguin Workshop
By series
What Was?
At
Level T
Format
Other Formats & Editions
T 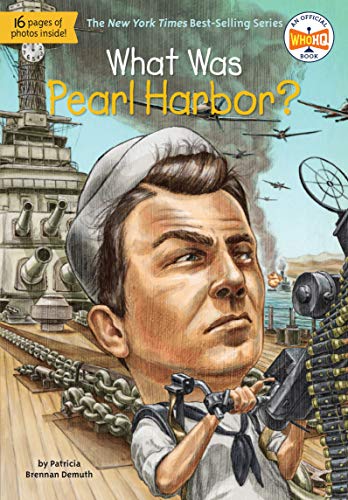 What Was Pearl Harbor?

On December 7, 1941, Japanese war planes appeared out of nowhere to bomb the American base at Pearl Harbor in Hawaii. It was a highly secretive and devastating attack: four battleships sunk, more than two thousand servicemen died, and the United States was propelled into World War II. In a compelling, easy-to-read narrative, children will learn all about a pivotal moment in American history.

Enjoy reading What Was Pearl Harbor?? You may also like these books