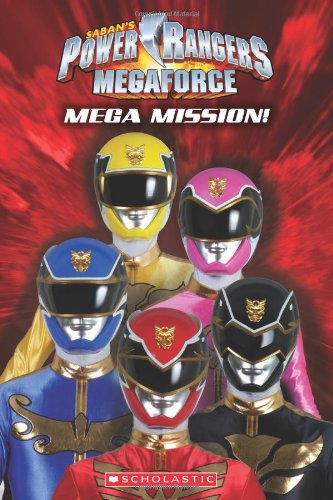 Paperback (Scholastic Inc. June 25, 2013)
A 6x9 reader based on the new Power Rangers season--which also happens to be the 20th anniversary of PR!

For centuries, groups of brave warriors known as Power Rangers have been called upon to protect our world from evil. Now, the future of humankind rests in the hands of a few ordinary teens with one extraordinary destiny.

The 20th Season of Power Rangers will include flashbacks, weapons, and characters from previous seasons, and promises to be the most exciting season yet!

Enjoy reading Power Rangers Megaforce: Reader #1? You may also like these books