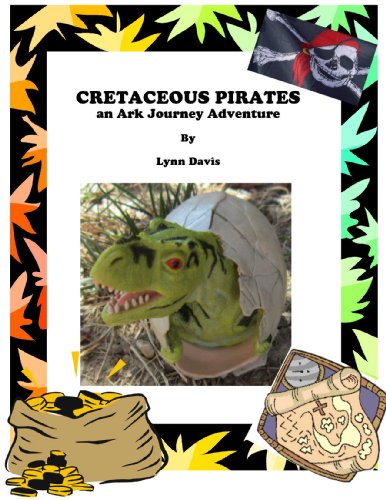 language ( Aug. 13, 2012)
After the first mission Kels and Chris thought they would be sent home. What a mess they made, from being bit by a prehistoric spider, being picked off a cliff by a Ornthocheivus, escaping by stabbing it in the foot, landing in the water on top of a water scorpion and being saved by Chris who ended up with stitches from a close call with a pliosaur. To their surprise not only were they not going home but received bonus credits and a couple of days of R&R.

The Ark Journey captures animals from the present and past to zoos, private collectors and the Ark Project. The Ark Project mission was to reintroduce extinct plant and animals on new worlds. The Ark's next mission would be in the Cretaceous period in the western United States. With their cryogenic animal chambers fixed this time they would be going after Tricetops, Gastonia, Deinonychus and even a T-Rex. But that is not all that they will find in the Cretaceous, two pirates also are collecting live specimens but they were not after animals but the female crew members and gold. Will they succeed or with the crew get the best of them???

Enjoy reading Cretaceous Pirates an Ark Journey Adventure? You may also like these books