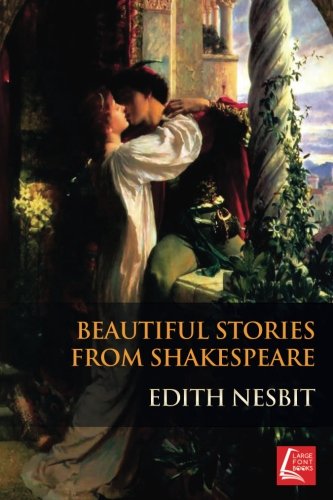 Paperback (CreateSpace Independent Publishing Platform April 3, 2018)
Prospero, the Duke of Milan, was a learned and studious man, who lived among his books, leaving the management of his dukedom to his brother Antonio, in whom indeed he had complete trust. But that trust was ill-rewarded, for Antonio wanted to wear the duke's crown himself, and, to gain his ends, would have killed his brother but for the love the people bore him. However, with the help of Prospero's great enemy, Alonso, King of Naples, he managed to get into his hands the dukedom with all its honor, power, and riches. For they took Prospero to sea, and when they were far away from land, forced him into a little boat with no tackle, mast, or sail. In their cruelty and hatred they put his little daughter, Miranda (not yet three years old), into the boat with him, and sailed away, leaving them to their fate. But one among the courtiers with Antonio was true to his rightful master, Prospero. To save the duke from his enemies was impossible, but much could be done to remind him of a subject's love. So this worthy lord, whose name was Gonzalo, secretly placed in the boat some fresh water, provisions, and clothes, and what Prospero valued most of all, some of his precious books. The boat was cast on an island, and Prospero and his little one landed in safety. Now this island was enchanted, and for years had lain under the spell of a fell witch, Sycorax, who had imprisoned in the trunks of trees all the good spirits she found there. She died shortly before Prospero was cast on those shores, but the spirits, of whom Ariel was the chief, still remained in their prisons.Prospero was a great magician, for he had devoted himself almost entirely to the study of magic during the years in which he allowed his brother to manage the affairs of Milan. By his art he set free the imprisoned spirits, yet kept them obedient to his will, and they were more truly his subjects than his people in Milan had been. For he treated them kindly as long as they did his bidding, and he exercised his power over them wisely and well. One creature alone he found it necessary to treat with harshness: this was Caliban, the son of the wicked old witch, a hideous, deformed monster, horrible to look on, and vicious and brutal in all his habits. When Miranda was grown up into a maiden, sweet and fair to see, it chanced that Antonio and Alonso, with Sebastian, his brother, and Ferdinand, his son, were at sea together with old Gonzalo, and their ship came near Prospero's island. Prospero, knowing they were there, raised by his art a great storm, so that even the sailors on board gave themselves up for lost; and first among them all Prince Ferdinand leaped into the sea, and, as his father thought in his grief, was drowned. But Ariel brought him safe ashore; and all the rest of the crew, although they were washed overboard, were landed unhurt in different parts of the island, and the good ship herself, which they all thought had been wrecked, lay at anchor in the harbor whither Ariel had brought her. Such wonders could Prospero and his spirits perform. While yet the tempest was raging, Prospero showed his daughter the brave ship laboring in the trough of the sea, and told her that it was filled with living human beings like themselves. She, in pity of their lives, prayed him who had raised this storm to quell it. Then her father bade her to have no fear, for he intended to save every one of them. Then, for the first time, he told her the story of his life and hers, and that he had caused this storm to rise in order that his enemies, Antonio and Alonso, who were on board, might be delivered into his hands. When he had made an end of his story he charmed her into sleep, for Ariel was at hand, and he had work for him to do.

Enjoy reading Beautiful Stories From Shakespeare: Illustrated? You may also like these books