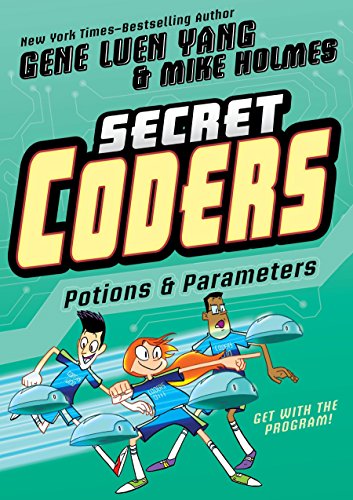 Dr. One-Zero won't stop until the whole town―no, the whole world―embraces the "true happiness” found in his poisonous potion, Green Pop. And now that he has the Turtle of Light, he’s virtually unstoppable.

There's one weapon that can defeat him: another Turtle of Light. Unfortunately, they can only be found in another dimension! To open a portal to this new world, Hopper, Eni, and Josh's coding skills will be put to the test.

Enjoy reading Secret Coders: Potions & Parameters? You may also like these books