By title
because
By author
Jack A. Langedijk V. V. Cam
Format
Other Formats & Editions
? 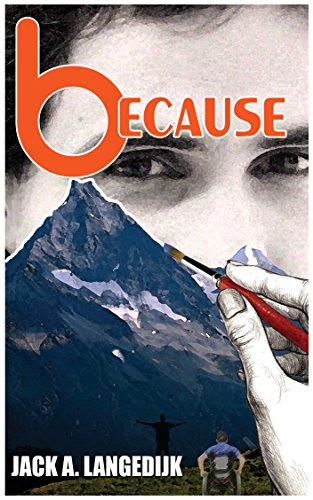 eBook ( Sept. 12, 2014)
Robert had reached the summit of many mountains. His adventures took him to unimaginable heights, yet his greatest achievements were not in conquering these majestic beauties, but in his ability to reach people in need. That is, until he's the one facing the toughest climb of his life.

Roberto Sanchez is living the dream; one could say the man had it all. He is blessed with a beautiful wife and daughter who complete him. A career that reaches at-risk kids that brings him true joy. Then a tragic accident leads Robert to a chasm of dark despair. Although his interventions have reached many, he found he is incapable of helping himself off the edge of a cliff, jeopardizing his career, his marriage, and himself.

because takes us on a journey of two Roberts as he struggles to find a way to once again believe.