Tales of Unrest: A Collection of Short Stories 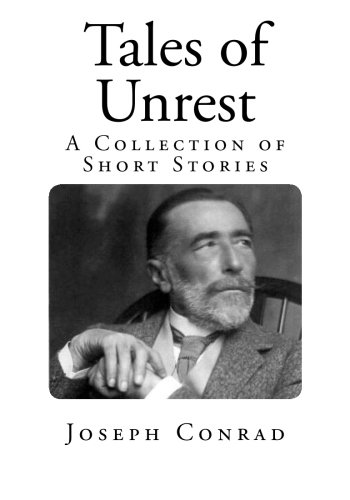 Tales of Unrest: A Collection of Short Stories

Paperback (CreateSpace Independent Publishing Platform June 27, 2014) , Joseph Conrad - Short Stories edition
Tales of Unrest By Joseph Conrad… Tales of Unrest is a collection of short stories by Joseph Conrad originally published in 1898. Four of the five stories had been published previously in various magazines. This was the first published collection of any of Conrad's stories. Of the five stories in this volume, "The Lagoon," the last in order, is the earliest in date. It is the first short story I ever wrote and marks, in a manner of speaking, the end of my first phase, the Malayan phase with its special subject and its verbal suggestions. Conceived in the same mood which produced "Almayer's Folly" and "An Outcast of the Islands," it is told in the same breath (with what was left of it, that is, after the end of "An Outcast"), seen with the same vision, rendered in the same method—if such a thing as method did exist then in my conscious relation to this new adventure of writing for print. I doubt it very much. One does one's work first and theorises about it afterwards. It is a very amusing and egotistical occupation of no use whatever to any one and just as likely as not to lead to false conclusions. Anybody can see that between the last paragraph of "An Outcast" and the first of "The Lagoon" there has been no change of pen, figuratively speaking. It happened also to be literally true. It was the same pen: a common steel pen. Having been charged with a certain lack of emotional faculty I am glad to be able to say that on one occasion at least I did give way to a sentimental impulse. I thought the pen had been a good pen and that it had done enough for me, and so, with the idea of keeping it for a sort of memento on which I could look later with tender eyes, I put it into my waistcoat pocket. Afterwards it used to turn up in all sorts of places—at the bottom of small drawers, among my studs in cardboard boxes—till at last it found permanent rest in a large wooden bowl containing some loose keys, bits of sealing wax, bits of string, small broken chains, a few buttons, and similar minute wreckage that washes out of a man's life into such receptacles. I would catch sight of it from time to time with a distinct feeling of satisfaction till, one day, I perceived with horror that there were two old pens in there. How the other pen found its way into the bowl instead of the fireplace or wastepaper basket I can't imagine, but there the two were, lying side by side, both encrusted with ink and completely undistinguishable from each other. It was very distressing, but being determined not to share my sentiment between two pens or run the risk of sentimentalising over a mere stranger, I threw them both out of the window into a flower bed—which strikes me now as a poetical grave for the remnants of one's past.

Enjoy reading Tales of Unrest: A Collection of Short Stories? You may also like these books