The Heartbeat of Halftime

By title
The Heartbeat of Halftime
By author
Stephen Wunderli
By publisher
Henry Holt and Co. (BYR)
Format
Other Formats & Editions
? 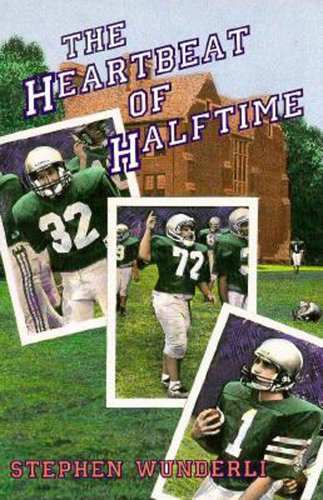 The Heartbeat of Halftime

Thirteen-year-old Wing is sick of losing. The Mighty Titans haven't won a football game in ages, and Fat Ed, the school bully, doesn't look like he's going to stop dumping on Wing and his friends anytime soon. But above all else, Wing just can't understand why the man who taught him everything about football, his father, is no longer there for him.
As Wing struggles to accept his father's impending death from cancer, and his team fights its way to a division championship, Wing comes to realize that winning can simply mean holding on to what you already have.

Enjoy reading The Heartbeat of Halftime? You may also like these books