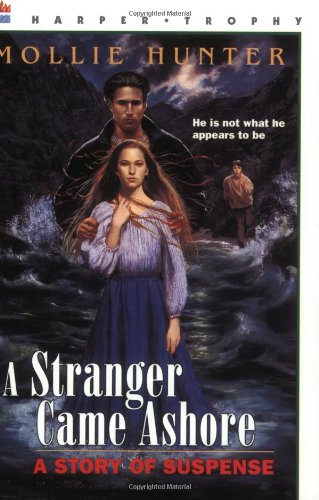 The sudden appearance of a stranger . . .

That is how it all begins. The stranger is Finn Learson, a young and handsome man who seems to be the only survivor of the wreck. Finn Learson is charming and generous, and the Henderson family gladly give him shelter. Only young Robbie Henderson does not trust Finn Learson and his oddly unsettling secret smile. Robbie is sure that he is hiding something--but what?

The clues Robbie finds are mysterious: Finn Learson's love of dancing; an ancient gold coin that Finn gives to the family; strange omens in the ashes of a fire; and beautiful young Elspeth Henderson's increasingly odd behavior. Then, in one frightening moment, Robbie recalls his grandfather's warning and discovers at last the terrible, incredible truth about Finn Learson. And Robbie knows it's up to him to save his sister . . . before it's too late.

Only 12-year-old Robbie knows that the mysterious Finn Learson is the evil Great Selkie, the seal-man of Shetland Islands legend. Phoenix Award winning author Mollie Hunter "has written another suspense story finely laced with folklore; her storytelling is as spontaneous as it is irresistible."H. Sure to keep readers spellbound. SLJ.

Enjoy reading A Stranger Came Ashore? You may also like these books