Panic In The Jungle

By title
Panic In The Jungle
By author
Mehrdokht Amini
By publisher
Hooked Publishing
Format
Other Formats & Editions
? 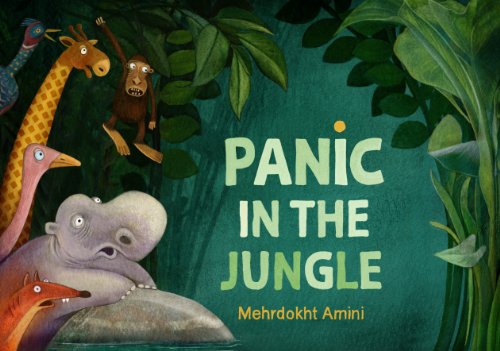 Panic In The Jungle

language (Hooked Publishing Oct. 5, 2013) , 1 edition
The peace and friendship among the animals in the jungle is threatened by the arrival of an uninvited guest.
Are they able to protect themselves against this new intimidating creature?

*****
Fully illustrated picture book inspired by the story “The Lion and the Hare” from the Panchatantra.
The Panchatantra (IAST: Pañcatantra, Sanskrit: पञ्चतन्त्र, 'Five Principles') is an ancient Indian inter-related collection of animal fables in verse and prose, in a frame story format. The original Sanskrit work, which some scholars believe was composed in the 3rd century BCE,[1] is attributed to Vishnu Sharma. It is based on older oral traditions, including "animal fables that are as old as we are able to imagine".[2] It is "certainly the most frequently translated literary product of India",[3] and these stories are among the most widely known in the world.[4] To quote Edgerton (1924):[5]
...there are recorded over two hundred different versions known to exist in more than fifty languages, and three-fourths of these languages are extra-Indian. As early as the eleventh century this work reached Europe, and before 1600 it existed in Greek, Latin, Spanish, Italian, German, English, Old Slavonic, Czech, and perhaps other Slavonic languages. Its range has extended from Java to Iceland... [In India,] it has been worked over and over again, expanded, abstracted, turned into verse, retold in prose, translated into medieval and modern vernaculars, and retranslated into Sanskrit. And most of the stories contained in it have "gone down" into the folklore of the story-loving Hindus, whence they reappear in the collections of oral tales gathered by modern students of folk-stories.
Thus it goes by many names in many cultures. In India, it had at least 25 recensions, including the Sanskrit Tantrākhyāyikā[6] (Sanskrit: तन्त्राख्यायिका) and inspired the Hitopadesha. It was translated into Middle Persian in 570 CE by Borzūya. This became the basis for a Syriac translation as Kalilag and Damnag[7] and a translation into Arabic in 750 CE by Persian scholar Abdullah Ibn al-Muqaffa as Kalīlah wa Dimnah[8] (Arabic: كليلة ودمنة‎). A New Persian version from the 12th century became known as Kalīleh o Demneh[9] (Persian: کلیله و دمنه‎) and this was the basis of Kashefi's 15th century Anvār-e Soheylī[10] (Persian: انوار سهیلی‎, 'The Lights of Canopus'). The book in different form is also known as The Fables of Bidpai[11][12] (or Pilpai, in various European languages) or The Morall Philosophie of Doni (English, 1570).
From wikipedia

Enjoy reading Panic In The Jungle? You may also like these books