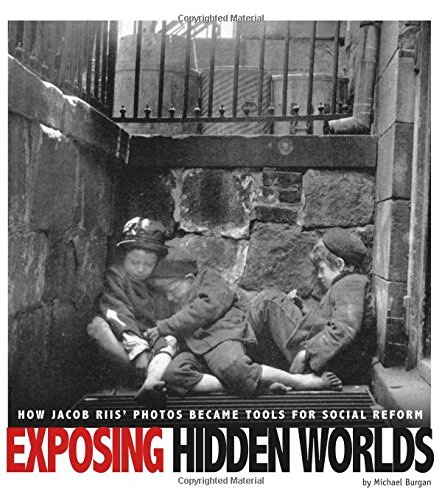 Paperback (Compass Point Books Aug. 1, 2017)
President Theodore Roosevelt called Jacob Riis "the best American I ever knew." The pioneering photojournalist, an immigrant from Denmark, drew attention to the poverty and evils of slum life in the late 1800s. Riis won national acclaim when his photos illustrated his bestselling book How the Other Half Lives. The book focused on the difficult time immigrants faced as thousands of newcomers flooded into the United States each year. Riis called for reform and hoped to prod government officials to help the poor people who were forced to live under horrible conditions. The impact of Riis' photos came from capturing the poor and homeless as they lived and worked, with the subjects' eyes often staring directly into the camera. The great photographer Ansel Adams called them "magnificent achievements in the field of humanistic photography." But the reforms that came from Riis' work have not eliminated urban poverty and homelessness, and important work remains to be done.

Enjoy reading Exposing Hidden Worlds: How Jacob Riis' Photos Became Tools for Social Reform? You may also like these books