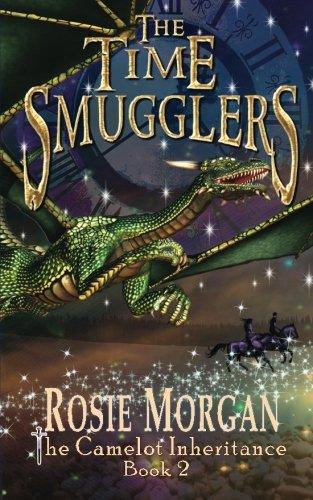 An adventure book for boys and girls. Ages 9 and up. Featuring: Time travel, King Arthur & Excalibur and a dragon.

A mystery book for children packed with action and adventure.

Nominated for the 2015 Holyer an Gof Awards

A thrilling mystery and fantasy book with action & adventure. Ideal for teenagers and boys and girls.

Arthur Penhaligon is a skateboarder (usually). He also happens to be a Guardian, knighted by Excalibur.

It’s been a year since Arthur and his friends first met a shape-shifting cat and defeated a murderous rival intent on stealing Arthur’s birth-right. But now, far below the Cornish hills, the deep magic is stirring again - summoning Arthur’s enemies to the contest for Cornwall’s crown.

It’s time to get back to the challenges of time-travel and the undeniable reality of myths and legends.
On a Cornish path a tiny, green-stone dragon stretches a claw.
In a churchyard a carved angel tests his wings.

And at sea an emerald-encrusted pocket watch chimes once… and slips through time.

Camelot is calling; Excalibur is waiting… and an epic world of magic, mystery and danger beckons.

THE TIME SMUGGLERS is second in this epic fantasy adventure series.

It’s Arthurian - but not as you know it.

Enjoy reading The Time Smugglers? You may also like these books