By title
Only the Worthy
By author
Morgan Rice
Format
Other Formats & Editions
? 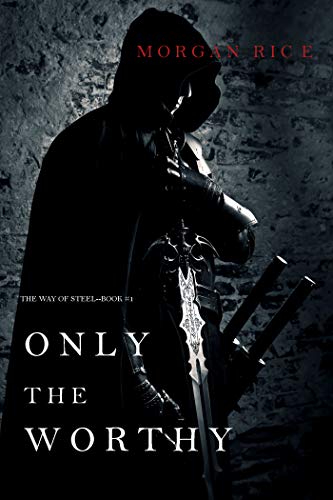 language ( April 21, 2016)
“Morgan Rice did it again! Building a strong set of characters, the author delivers another magical world. ONLY THE WORTHY is filled with intrigue, betrayals, unexpected friendship and all the good ingredients that will make you savor every turn of the pages. Packed with action, you will read this book on the edge of your seat.”
--Books and Movie Reviews, Roberto Mattos

This is a new edition of ONLY THE WORTHY, significantly rewritten and newly published in December, 2018!

THE WAY OF STEEL is a riveting new fantasy series by Morgan Rice, #1 bestselling author of the 17 book fantasy series THE SORCERER’S RING, which begins with A QUEST OF HEROES (book #1), a free download with over 1,300 five star reviews!

ONLY THE WORTHY (The Way of Steel—Book 1) tells the epic coming of age story of Royce, 17, a peasant farmer who senses he is different, that powers reside within him beyond what he can understand. When his true love, Genevieve, 17, is stolen from him, he must risk it all to wage war with the nobles and save his love.

Banished from his homeland, sentenced to the infamous Red Isle—a barren island known for turning boys into warriors, and for leaving behind more dead than alive—Royce must hope to survive.

Genevieve, meanwhile, desperate for Royce’s return, is forced to inhabit the cruel and conniving world of aristocracy, immersed in a world of cutthroats and liars.

As Royce’s powers develop, and as he learns of his secret lineage, he can only wonder: is he the destined one?

ONLY THE WORTHY weaves an epic tale of friends and lovers, of knights and honor, of betrayal, destiny and love. A tale of valor, it draws us into a fantasy world we will fall in love with, and appeals to all ages and genders.

Enjoy reading Only the Worthy? You may also like these books