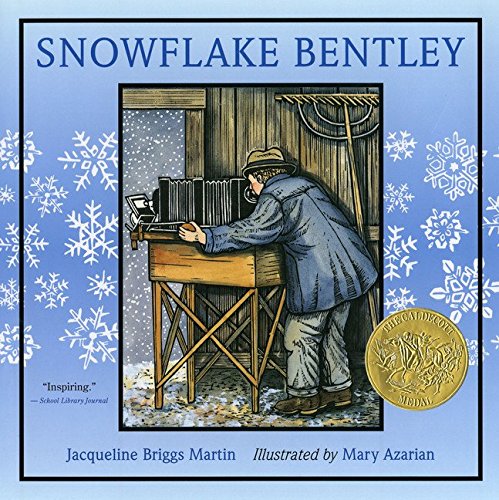 Winner of the 1999 Caldecott Medal

"Of all the forms of water the tiny six-pointed crystals of ice called snow are incomparably the most beautiful and varied." -- Wilson Bentley (1865-1931)

From the time he was a small boy in Vermont, Wilson Bentley saw snowflakes as small miracles. And he determined that one day his camera would capture for others the wonder of the tiny crystal. Bentley's enthusiasm for photographing snowflakes was often misunderstood in his time, but his patience and determination revealed two important truths: no two snowflakes are alike; and each one is startlingly beautiful. His story is gracefully told and brought to life in lovely woodcuts, giving children insight into a soul who had not only a scientist's vision and perseverance but a clear passion for the wonders of nature. Snowflake Bentley won the 1999 Caldecott Medal.

Enjoy reading Snowflake Bentley? You may also like these books