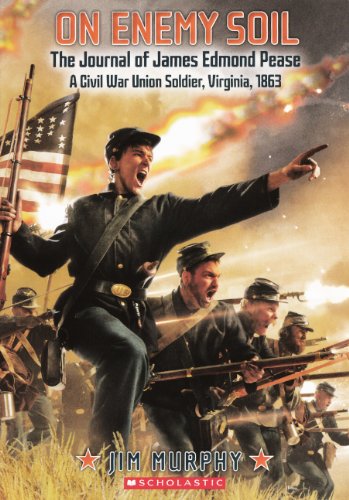 Library Binding (Turtleback Sept. 1, 2012) , Turtleback School & Library ed. Edition
FOR USE IN SCHOOLS AND LIBRARIES ONLY. James enlists in the Union Army at the dawn of the Civil War. When he is addigned to be the company historian he is initially at a loss as to what he is supposed to record. As the days pass, James settles into his role, but he cannot take comfort in it. Though his journal entries, James poignantly capture the terror of battle, the drudgery of day-to-day life, the loss of comrades, and the disillusionment of a young soldier.

Enjoy reading The Journal Of James Edmond Pease, A Civil War Union Soldier? You may also like these books