A Home at Last

By title
A Home at Last
By author
J. D. Shannon
Format
Other Formats & Editions
? 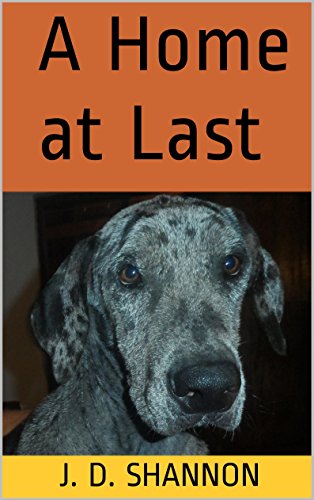 A Home at Last

language ( June 1, 2015)
When Robert was born with an imperfect ear his owners knew he would be difficult to sell. The rest of the litter were good specimens and would fetch a good price. But as a Great Dane his owners knew he would be expensive to feed and so they took him to an animal shelter claiming they could not afford to keep him.
Although Robert settled in with the other dogs, he secretly longed for a new home. He refused to accept that he was "unwanted", preferring to believe the shelter was a hotel.
Robert thought he was one of the cute, cuddly dogs. He couldn't understand why he didn't have his coat brushed nor why he didn't attract as much attention as some of the others.
At last, Robert is taken to a new home but it is a far cry from what he had hoped for. It isn't until he is injured that he discovers his true identity.

Enjoy reading A Home at Last? You may also like these books